Houston: NASA and Procter & Gamble (P&G), a well-known international consumer goods company, have signed an agreement to supply the world’s first “space washing powder”. The test will begin next year on the International Space Station (ISS).

It should be noted that in the weightless environment of the space station, most of the tasks that are a daily routine for us on earth, such as eating, digesting food and bathing, etc. become extremely difficult. 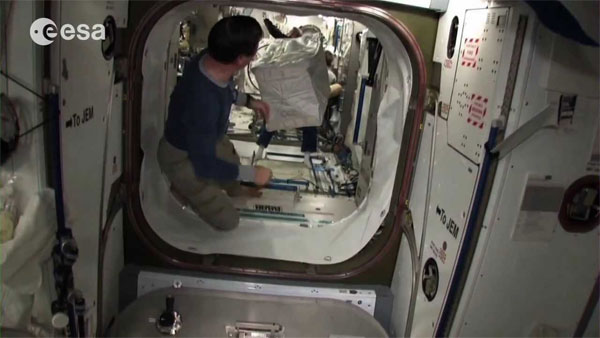 On return, the cargo capsule enters the ground atmosphere and is reduced to ashes by the friction of the air, including its contents.

However, if it’s just a matter of staying on the space station for a few weeks, fewer clothes work, but if astronauts have to stay there for months at a time (and sometimes more than a year), they need a lot more clothes Are required.

In a weightless space environment, the bones begin to weaken and fill very quickly. To avoid this condition, astronauts have to do certain exercises on a daily basis.

The interior of the space station is very clean and free from pollution, which makes the astronauts’ clothes very fair.

However, exercising for a long time every day causes a lot of sweat which makes the clothes stink and they have to change them every three to four days.

According to NASA, the total annual cost of clothing for an astronaut living on the space station is about 16 1.6 million (PKR 250 million). 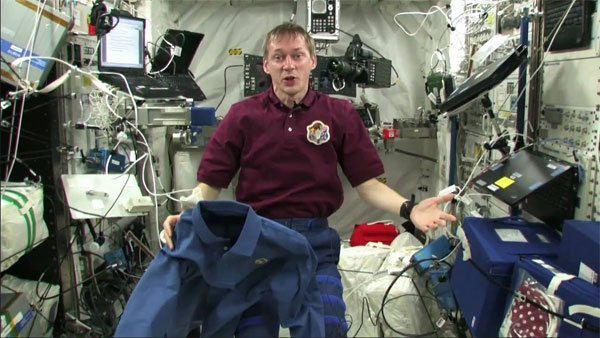 It’s just a matter of a long human stay on the space station, but if it’s a matter of human settlements on the moon or Mars, think about how much it will cost in terms of clothing alone.

In view of this and many other similar issues, NASA and P&G have announced the launch of a joint project called “PG Tide”, abbreviated to “P&G Telescience Investigation of Detergent Experiments”. Is.

Under this project, detergents will be developed that will be able to do laundry effectively even in the weightless atmosphere of space. For convenience, you can simply call them “space washing powders”.

How much harder is it to wash clothes inside a space station than on Earth? Here are some tips to help you get started:

First of all, the “quota” of water in the space station is very limited, which is used in everything from food to defecation.

A special system is installed in the space station to recycle and reuse used water, which allows even less water to be used for a longer period of time (by recycling repeatedly).

In view of this “severe water shortage”, space washing powder must be able to use as little water as possible, wash clothes as efficiently as possible, and remove stains, dirt, and odors. To disinfect

Not only this, with the help of space washing powder the ingredients should be safe and sound. In addition, these components of the space washing powder are such that they dissolve automatically after use into substances that can be easily filtered and completely separated from the water by the space station’s “water recycling system”.

According to reports, the PG Tide project will also develop a washing machine that is capable of washing clothes using water very economically. In addition to being weightless on the space station, they could work in the weak / changing gravitational environment of the Moon and Mars.

P&G press release on this In addition to the washing powder, special tissue papers and wipes will also be made that will be able to clean stains on any surface inside the space station.

Agnieszka Orlick, senior vice president of P&G North America Fabric Care, says the partnership with NASA and the ISS National Lab “gives us the opportunity to learn about the extent to which our resources are used and Learn something new in practice that could prove to be the future of laundry on Earth and in space. ”