The capsule in the picture will be attached to a large balloon to take passengers on a two-hour spacewalk. Photo: Space Perspective

Florida: Private companies are racing to get to or from space. In this context, another company has now developed a balloon-like capsule that will allow ordinary people to head into space for a while.

This beautiful balloon is named after a planet in the solar system called the spaceship Neptune. It was designed by the American company Spaceship Perspectives and the British company Studio Priest Man Good. It’s like a very large conventional hot balloon, but it is filled with helium gas, which is the second lightest gas in the universe after hydrogen.

Beneath the balloon is a long, strong wire with a passenger capsule tied that can seat eight passengers and one pilot. The air inside the capsule is filled at almost the same pressure as the air pressure at the ground level to protect the passengers and create an earth-like atmosphere.

The giant balloon filled with helium will rise with the passenger capsule attached to it, until it reaches the point where the upper boundary of the Earth’s atmosphere ends and the lower boundary of space begins. It is about 100,000 feet high.

Equipped with state-of-the-art technology, the first flight has been booked for the passengers who want to travel in space and its ticket is worth سوال 200,000 (approximately PKR 20 million). But one calculation is that the first flights are expensive and tickets for subsequent flights will be available at a lower price. 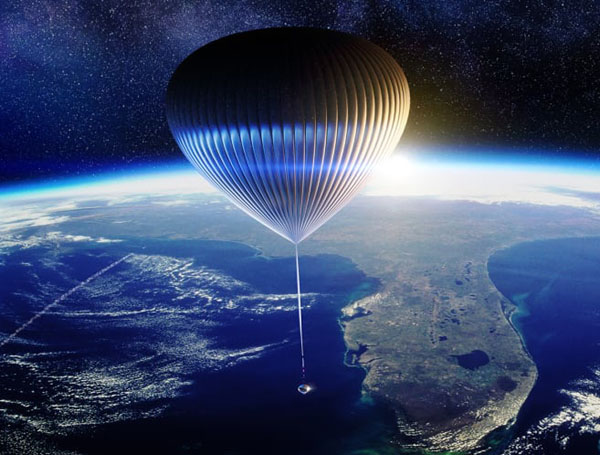 The first test flight under the plan departed June 18 from Tets Valley Space Base in Florida. There were no passengers on board, but the six-hour, 39-minute test flight took beautiful pictures of the planet.

“We want to change the concept of access to space,” said Jane Pointer, CEO of Space Perspectives. This includes both space tourism and space research. Although the first flight will depart from Florida, the company wants to establish its own space bases around the world. 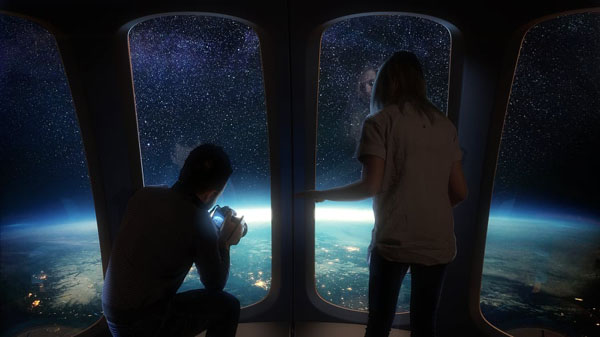 Thanks to the space balloon, tourists will be carried 99 percent above the air, where the space boundary begins, which is also an area of ​​one hundred thousand feet high. The entire journey takes six hours, but passengers will be able to spend two hours in space and get a 360-degree beautiful view from the cabin windows.

The total area of ​​the Nebuchun balloon is about the size of a football field, but the capsule in which people will sit is only 5 meters in diameter. In return, the capsule will land at sea, from where passengers will be transported to the shore by boat.