Federal Minister for Gilgit-Baltistan and Kashmir Ali Amin Gandapur attended the meeting despite the ban, the post said. Photo: File

Muzaffarabad: An application has been filed in the Election Commission for disqualification of 4 PTI candidates.

In a letter sent to the Election Commission by the District Returning Officer, Muzaffarabad, it was said that in Constituency LA-29, Muzaffarabad-03, PTI nominee Khawaja Farooq held a meeting at the University Ground in which the Federal Minister for Gilgit-Baltistan Kashmir Ali Amin Gandapur participated along with Khawaja Farooq, Mir Atiq-ur-Rehman, Raja Mansoor Ahmed and Chaudhry Shehzad Mahmood despite the ban. 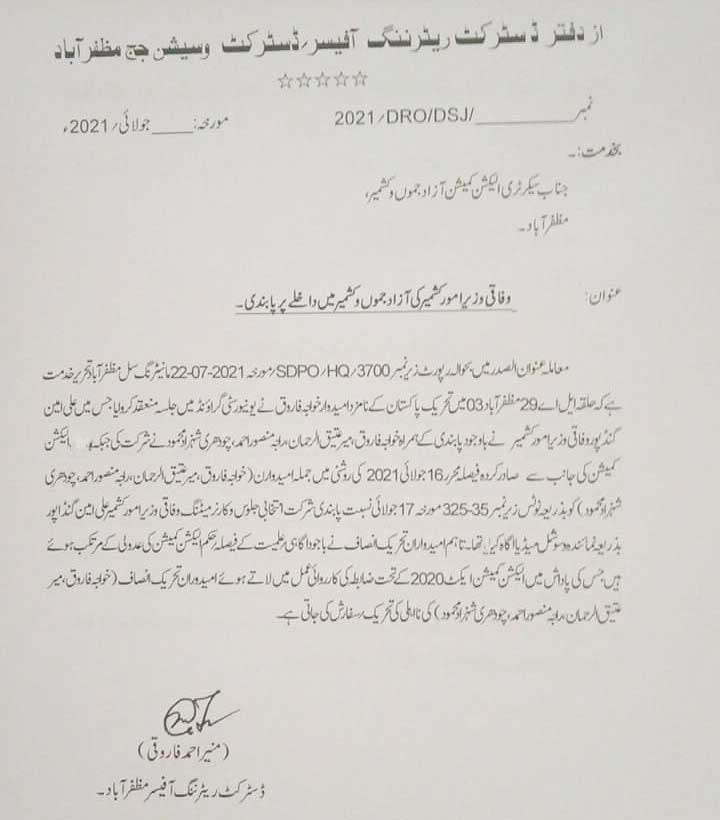